APHIS made revisions to the standards based on input from internal and external stakeholders, including U.S. and Canadian scientific experts on CWD and transmissible spongiform encephalopathies, a working group of State and Federal animal health and wildlife officials, and representatives from the farmed cervid industry.

The revisions cover a variety of topics including: adding guidelines for live animal testing in specific situations; clarifying how disease investigations should be handled; aligning with the Code of Federal Regulations’ requirement for mortality testing; simplifying fencing requirements; adding biosecurity recommendations; and describing the Agency’s intended approach to update the CWD-susceptible species list. APHIS also outlines factors for determining indemnity and includes a table with possible reductions in herd certification status that States may consider for herd owners that do not submit required mortality surveillance samples or consistently submit unusable testing samples.

When APHIS published the revised CWD Herd Certification program standards in 2018, it received 334 comments from state animal health agencies, wildlife agencies and organizations, cervid producers, and other industry stakeholders.  After reviewing the comments, APHIS made considerable effort—within the bounds of our authority—to address all concerns while maintaining program integrity.

The final revised Chronic Wasting Disease Herd Certification Program Standards are in effect and can be found at https://www.aphis.usda.gov/aphis/ourfocus/animalhealth/animal-disease-information/cervid/cervids-cwd/cervids-voluntary-hcp. These final standards will also be published in a notice in the Federal Register in the coming weeks.

End of article. Article courtesy of the USDA APHIS. Full article can be found here https://www.aphis.usda.gov/aphis/newsroom/stakeholder-info/sa_by_date/2019/sa-05/cwd-standards. PDF of the revised plan can be found here.

These updates are from September to December 2018 for cases world wide: New USGS Update 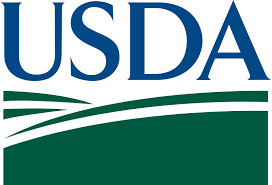