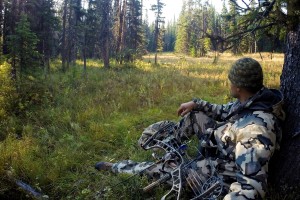 Do not let CWD worries ruin your hunt.

With the growing media attention given to Chronic Wasting Disease, many hunters are asking if they should continue to hunt in areas where CWD has been identified, and to eat the deer and elk they harvest from those areas.

In most areas where CWD occurs, relatively small numbers of animals are infected. However, there are some exceptions, such as certain parts of Wyoming and Wisconsin, where the numbers of CWD infected white-tailed and mule deer can be much higher.  CWD is far less prevalent in elk than deer.

Currently there is no scientific evidence that CWD has or can spread to humans, either through contact with or consumption of infected animals. The U.S. Centers for Disease Control and Prevention (CDC) has thoroughly investigated any connection between CWD and the human neurological diseases and has stated “the risk of infection with the CWD agent among hunters is extremely small, if it exists at all” and “it is extremely unlikely that CWD would be a food borne hazard.”

However, public health officials advise caution and recommend that human exposure to the CWD infectious agent be avoided as they continue to evaluate any potential health risk. The CDC currently recommends that people who hunt in areas with reported CWD should check state wildlife and public health guidance to see whether testing of animals is recommended or required in a given state or region. In areas where CWD is known to be present, the CDC recommends that hunters strongly consider having those animals tested before eating the meat. Hunters are encouraged not to consume meat from animals that test positive for CWD, or any animals that appear sick. It should be noted that the CWD test is a disease monitoring tool and is not a food safety test.  In addition, hunters should take certain precautions when field dressing and processing deer or elk taken in areas where CWD is found.

Concerns over CWD shouldn’t stop you from enjoying this hunting season. State and provincial wildlife agencies are stepping up their surveillance and providing more information on CWD, so be alert to their advisories and follow the recommended precautions.

Public health and wildlife officials advise hunters to take the following precautions when pursuing or handling deer and elk that may have been exposed to CWD: